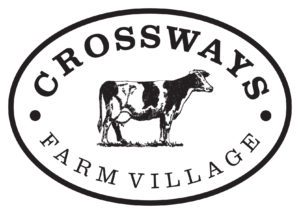 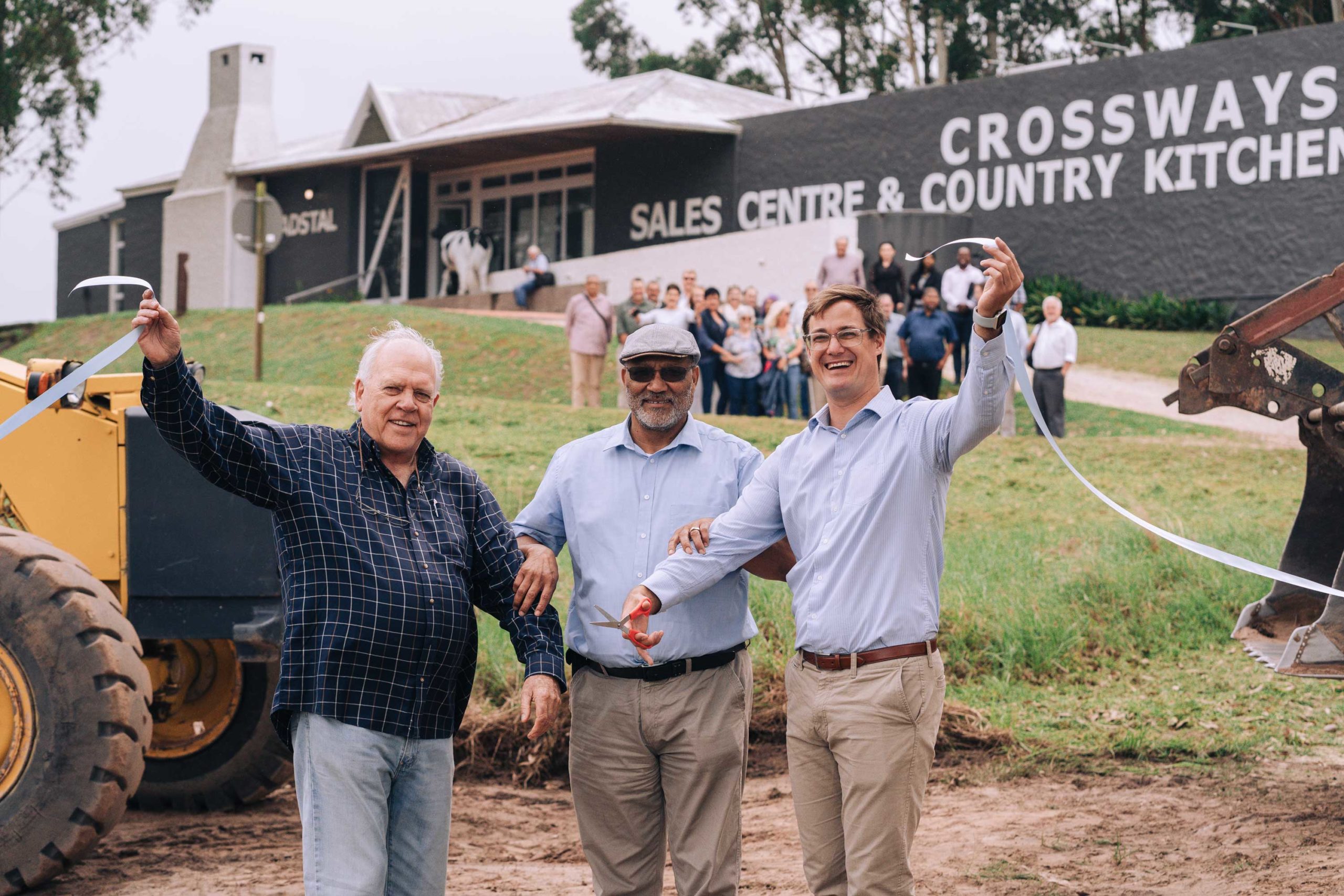 “AGRICULTURE IS THE NEW GOLF”

So said Dr Chris Mulder, co-developer of Crossways Farm Village at the official opening ceremony of the new access road being constructed leading up to this unique estate’s sales centre.

Joining Dr Mulder at the occasion were various dignitaries from the Kouga Municipality, praising Crossways for their vision and active upliftment of the local community at Thornhill. Mr Hattingh Bornman, Speaker of the Council at Kouga Municipality, said that they are very excited to be part of a creative development that is also passionate about community.

As the municipality with the lowest unemployment rate in the Eastern Cape, Mr Bornman emphasised that the Kouga Municipality wants to make it as easy and investor-friendly as possible, creating an environment where developers like Crossways Farm Village can actively invest in the community.

A point that Dr Mulder and his co-developer, Mr David Osborne, wholeheartedly agree with. As the newest town on the border between the Kouga and Nelson Mandela Bay municipalities, Crossways Farm Village was conceived around five basic principles: Food security, rural development, job creation, poverty alleviation and training.

Dr Mulder explained that 55% of people in South Africa live outside of the major cities. It was, from the beginning, the vision to establish an entirely new town that would thrive on locally produced agriculture, creating jobs and training the local community while giving back in the form of a community trust, where everyone can benefit.

After scouting many locations around South Africa, Dr Mulder and his team at CMAI Architects, who were also responsible for the success of Thesen Islands in Knysna, settled on a piece of land near the Van Staden’s bridge. A perfect location where the dream could become a reality.

This dream of living close to nature, where the village of Crossways will take care of all its own services, including water and electricity, is now fast becoming a reality. Of the almost 700 homes and farmsteads on sale, 97 have already been sold, with ample opportunity left to buy into the future of sustainable living.

With the new sales centre, access road, a security fence being erected around the estate, new homes being built and the infrastructure taking shape, Crossways Farm Village is forging ahead where, as Mr Bornman rightly pointed out, no one else in South Africa seems to get it right.

Dr Mulder invited anyone who would like to see what the future of rural living might hold, to come visit Crossways Farm Village. Or you can visit the website at www.crossways.co.za